If there’s one thing that can drive the gaming community crazy, it’s the offer to play popular video games for free. Some of the giant game studios offer free PC games, but for a limited period. However, there are some free PC games that you can play whenever you want.

Unfortunately, finding games you can legally play for free takes a lot of work. That’s why I’ve done all the hard work for you. In this article, I have mentioned the 10 best free games for PC, which you can play without paying a dime. So, without further ado, let’s get started. When it comes to best free PC games in 2020, Valorant is one of the latest additions. It is a 5v5 multiplayer tactical shooter game developed and published by Riot Games, the studio behind ‘League of Legends.’

Riot games launched Valorant worldwide on June 2, 2020, and instantly the game grabbed millions of players. For someone who wants to take a break from Battle Royale or story-based games, then Valorant is one of the best free online games to consider. In the game, players join either the Defending or the Attacking side, and the first team to win 13 rounds takes the ‘Winner’ title.

The best thing about Valorant is that the game consists of several playable agents, and they can be unlocked for free. Each agent comes with a unique set of skills, thus, giving players an exceptional level of variety. There won’t be a single time in which you’ll feel that the game is repetitive. However, if at some point, you do feel that the game is getting boring, then switch to another agent, and the game will feel completely different.

What’s even great about Valorant is that it is one of those free PC games that run on systems even with low specifications. In short, a potato PC can run this game at low graphics settings, so what else could you ask from a game? 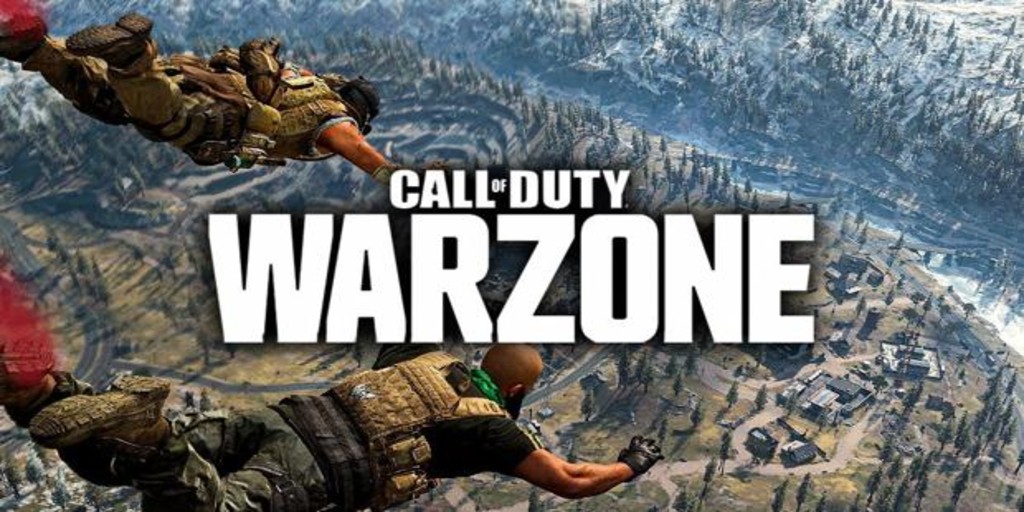 Call of Duty is one of the gigantic titles in the gaming industry. Each year, Activision lives up to the expectations by dropping a new Call of Duty title. However, in 2020, the studio surprised everyone by releasing Call of Duty Warzone for PC and consoles, thus, adding one more game to the free online games list.

Related: Call Of Duty Mobile Will Bring Back ‘Ghost’ In Season 11 Update

When it comes to free computer games, Call of Duty Warzone is probably one of the biggest titles you can play. However, you will need a robust system to run this game.

COD Warzone has two game modes, i.e., Plunder and Battle Royale. In the plunder game mode, players have to secure the highest amount of cash to win the game. The good thing about this mode is that during the match, players get infinite respawns along with their selected weapons’ loadout.

Then we have the Battle Royale mode that can be played as Solo, Duos, Trios, and quads. So, there are plenty of options in this regard. As we are listing out the best free online games, how can we forget mentioning Apex Legends, one of the most popular free battle royale games? The game was developed by Respawn Entertainment and is available for PC and consoles.

When it comes to free battle royale games, Apex Legends is one of the top dogs. So, if you’re a multiplayer games fanatic, then you should definitely check this one out.

We’ve already mentioned Valorant in our list of free games. Well, Counter-Strike: Global Offensive is the legendary multiplayer game that inspired Valorant in the first place.

Valve released CS: GO back in 2013, and no one imagined that even after eight years since its release, millions of players would still be playing this game. Initially, CS: GO wasn’t free-to-play; however, in 2018, the studio decided to make the multiplayer game free for everyone.

Just like in Valorant, two teams of five players go against each other. Before every round, there’s a phase in which players can buy different weapons using the credits earned in the last round. So, there’s an economic aspect in the game as well.

To be honest, if you’re someone who tries all free PC games and hasn’t tried out CS: GO, then you are definitely missing out on something good. Counter-Strike: Global Offensive is the game that revolutionized first-person shooter games. If you’re good at CS: GO, then you’ll be good at other FPS games. So, what are you waiting for? Just head over to Steam and download this fantastic game right now for free. If there’s one title Epic Games should be proud of, then it’s a free-to-play battle royale, Fortnite. Millions of players from around the world play this game; however, there is an army of gamers who hate Fortnite. And if you’re one of those who can’t stand Fortnite, even then you must agree that it is a well-crafted game that deserves the player base it already has.

In Fortnite, 100 players drop on an island empty-handed. Then, they look for weapons and other supplies to kill their opponents and be the last one standing.

Related: This Fortnite Trick Lets You Run 2X Faster Than Other Players

Just like all the free online games on our list, Fortnite is also worth trying out, especially for someone who has just started with battle royale games. The game can be overwhelming at first, however, once you get the hang of it, you’ll definitely begin to love it. Planetside 2 is probably one of the most massive free online multiplayer games ever made. The game came out almost eight years ago and is still played by millions of players. In Planetside 2, thousands of players fight a war on another planet; and not, I am not exaggerating with numbers.

Planetside 2 holds the Guinness World Record for having over 1158 players in a single battle. So, you could say that is the biggest Multiplayer FPS game ever produced. The graphics and visuals of this game are so impressively that you’ll wonder how this game is free-to-play.

In Planetside 2, up to 2000 players fight to gain control over a territory. Amazingly, players can be on foot, airplanes, and vehicles. So, just imagine the chaos with thousands of players fighting like this at the same time.

If you’re thinking of trying Planetside 2, then be prepared to die a lot of times without being able to kill anything. However, after a while, you’ll fall in love with this game and climb up the Battle Ranks to be one of the veteran players in one of the best free to play games.

In a nutshell, Dota 2 is a massively multiplayer online game in which two teams of five players compete with each other. One team tries to destroy a large structure while the other team tries to defend it.

Dota 2 was developed by Valve and released back in 2013. With millions of players worldwide, it can be considered one of the best free PC games in 2020. What’s impressive about Dota 2 is that it comes with a huge esports scene, with players around the world participating in numerous tournaments and events.

Some players criticize Dota 2 for all the complexity because they are lazy. The learning curve of the game is indeed punishing; however, once you learn everything about the game, you’ll find all the hard work incredibly rewarding.

Alright, it’s perfectly normal for you to not love Dota 2, which by the way, is one of the best free online games 2020 has to offer. However, if you’re still eager to try out a similar game, then maybe Riot Games’ League of Legends is the one for you.

League of Legends is one of Riot Games’ gem that grabbed millions of players instantly from all over the globe. The brilliant way in which Riot Games market its games by making incredible music videos is one of the many reasons for that.

League of Legends is very much similar to Dota 2; however, learning to play LOL is a lot easier. League of Legends takes the role of a ‘champion’ to compete against other players in the arena. To win, players have to destroy Nexus, which lies at the heart of the base covered by large structures. So, here we are, with the only free-to-play racing game. Microsoft’s Forza Motorsport 6 Apex is one of the best racing game ever made for PC. You can race on almost six world-famous tracks in different types of weather conditions and ride more than 60 cars. However, you’ll have to complete different objectives to unlock all race tracks and cars in the game.

Forza Motorsport 6 Apex is one of those free PC games that can be played at 4k resolution, which is quite amazing. Very rarely, you find a racing game for PC that is entirely free to play. So, Microsoft really surprised us in that regard. Of course, when it comes to video games based on football, FIFA titles are the most popular ones. However, no one can deny the fact that Konami’s Pro Evolution Soccer titles are remarkably good as well. Every year, there is a new PES game that outdoes its predecessors in terms of graphics, number of clubs, and more.

PES 2020 is the latest edition by Konami that is being loved by soccer fans all over the world. However, just like all the previous PES video games, PES 2020 isn’t free to play. So, it’s a good thing we have PES 2020 Lite, a free version of the original game.

Other than the number of clubs drastically reduced, PES 2020 Lite is almost similar to the original title. Also, knowing that it falls in the category of best free PC games, we can hardly complain about the reduced content in the game. Warframe is a Multiplayer role-playing third-person shooter game developed and published by Digital Extremes. This game is so awesome that it is hard to believe that it lies in the free pc games category.

In Warframe, you play as an ancient warrior race known as Tenno, who wakes up after centuries only to find themselves between a planetary war. The story and combat of the game are so appealing that if you start playing this game, then you’d be playing it for several years.

Warfare was released back in 2013 only for Windows; however, the game was later ported to PS4, Xbox One, and Nintendo Switch. Ever since the initial release, the game developers launched several updates to improve the game both visually and mechanically. Even in 2020, Warframe is loved by millions of players around the world. That is why Digital Extremes announced that Warframe would also be ported to PS5 and Xbox Series X/S. Developed by Proletariot, Inc., Spellbreak is a multiplayer action battle royale game that was released on September 3, 2020. The game is available on PS4, Xbox One, PC, and Nintendo Switch and supports optional crossplay, which is amazing.

Spellbreak is one of those free to play games in 2020 that will keep you hooked for several coming years with its unique gameplay. In the game, you play against 41 other players as a battle mage. Unlike traditional battle royale games such as warzone and PUBG, in Spellbreak, you have to eliminate other players using your magical abilities.

In short, if you’re tired of playing every other battle royale game, then maybe you should try Spellbreak. Of course, it will take you some time to understand the unique combat and gameplay, but once you get the hang of it, you’ll definitely enjoy Spellbreak.

So, this is the best free game that you can download in 2020. There are other free PC games too. However, we have listed the one that we think is best.

However, we will continue to update the list as soon as we find out about more free games for PC. So, it’s best to stay in touch with us by bookmarking this list for future reference.