RakitAplikasi.com/en - The inaugural and extraordinary Rave Family Block Fest virtual dance festival has arrived in Minecraft. The jam-packed event from the organizer of the Rave Family presents more than 65 stages, hundreds of artists, and exciting weekends throughout the world for the builder of the iconic Mojang block, with games, activities, dances and much more to be swept away. In addition, this event provides an opportunity for festival visitors to support many charitable activities through ticket sales, as well as the opportunity to register to vote through Headcount during the checkout process.

July 10, 2020 Update: The festival organiser has announced via a press release it’s decided to postpone the event, and says it will issue refunds “within 48 hours” to those who choose to receive one. Servers will continue to be supported for attendees that want to “continue to camp, fest, and dance”. This story has been corrected to reflect the latest artist lineup for the festival. Original story follows.

The festival (which needs to be noted is not an official Minecraft event) is available for all members of the large Minecraft playerbase to attend, as long as they are 18 years of age or older, and display several big names, a complete list that can be found here.

Depends on two things: having a copy of the game, and paying an additional fee of $ 10, “over half” of which, the festival’s site says, “goes back to the artists who created the music and hooked you up!” The event’s teamed up with streaming platform Mixcloud to ensure the rights holders of the music played are paid for its use, the organiser explains in a press release. 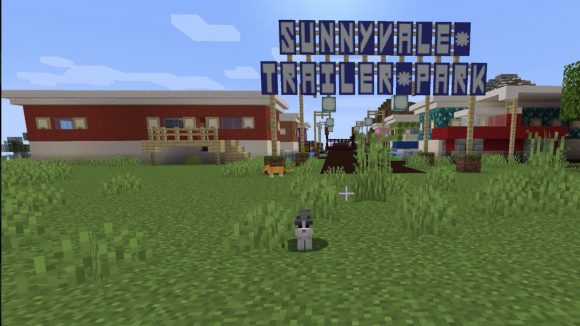 The brief virtual tour of the festival, provided by Rave Family CEO Jackie McGuire, highlights only a small portion of virtual venues, which, even by Mineraft's high standards, are very creative and colorful. The foyer of the festival embraces the audience with a blend of earth grass, stone, and wooden blocks of Sandbox games and vibrant patterns and color block markings, which take them to the event.

“The thought was kind of making it some combination between Disneyland and Electric Forest,” the annual music festival held in the US, McGuire tells us. “Everything’s very colourful; at night everything lights up,” she adds, giving us a glimpse at the festival proper, which even has its own version of Red Rocks, with ‘Rave Family Block Fest’ etched onto it in Minecraft’s signature art style.

“When we started building personalised worlds for most of the artists,” McGuire explains, “I think that’s when things really took off, and they realised that it was a chance to curate an entire experience for their fans.” And it’s not just these various different “personalised” stages that’ll encourage festival-goers to go for a wander around and explore new areas, it seems – there are easter eggs and other goodies scattered about to be discovered, too. Plus, there’s a giant TARDIS plonked in the venue’s centre to help you travel around.

Impressively, most of the Rave Family Block Fest venue was built by volunteers, the CEO adds. “That’s, I think, the other thing that’s been really fun about this event,” she says, “that the vast majority of it has been done by volunteer musicians who are not touring right now because of COVID-19, and friends who are just bored and looking for a creative outlet.” In addition, McGuire says her three children have even added a little to the venue, too.

As for whether platforms like Minecraft might be a key part of the dance industry’s future, McGuire says she believes they will be, and not just because of the ongoing pandemic; she also adds that: “I don’t think music festivals are that accessible.” She explains that, while some fans might not be able to afford to go to big, often expensive festival weekends, this project is appealing to her, because it’s “more accessible for people”. In addition, she says, “Videogames and dance music are very closely tied together in some areas,” highlighting a few examples of DJs who also game, and that this can be a way of reaching fans. “I think the two communities will continue to become more closely entwined.” 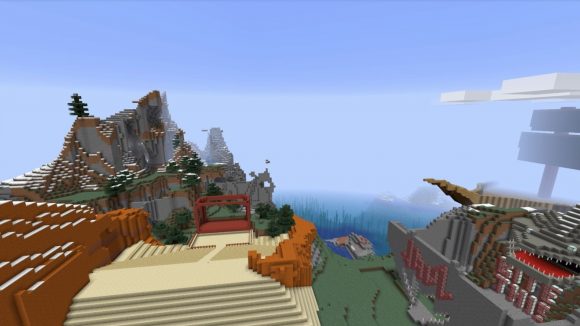 On the topic of helping to “amplify the BLM movement and other causes within the event”, which the company mentioned in a press release, McGuire says: “One of the things that was really important to me was, one, making sure that artists were paid, but also that most of our profits were going towards good causes.” Alongside the 60/40 revenue share model, which according to the press release helps the festival’s artists to make money from their ticket sales, festival-goers will also be given the opportunity to donate to a number of causes when purchasing a ticket.

“One of the things that is really important to me is representation in music,” McGuire adds on the topic of the festival as a platform, additionally discussing the importance of some of the charities that ticket sales can help support, such as The Bail Project, Black Lives Matter, and ByeByePlastic.

The Rave Family Block Fest is live to dive into right now – or check out via performing artists’ live streams on the event’s site – and runs through July 13. You can find out more about the festival, like its artist lineup, schedule, and the causes it’s supporting, via its site.