SpaceX capsules swarmed by sailors after a successful splashdown

After SpaceX’s Crew Dragon capsule splashed down in the Gulf of Mexico and before NASA astronauts Bob Behnken and Doug Hurley were out of the capsule on Sunday, dozens of boats circled the area, creating confusion as recovery crews tried to get to the spacecraft. One had a banner with a “Trump” logo on it. 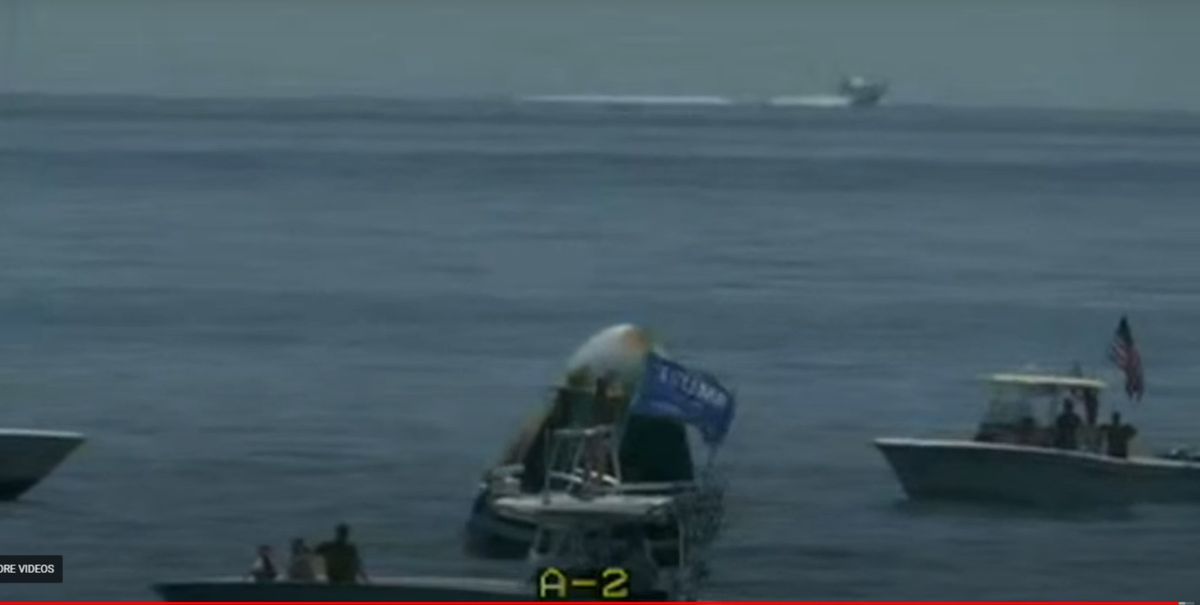 The spacecraft completed a two-month mission to the International Space Station and splashed down in the Gulf of Mexico off the coast of Pensacola (Florida at 2:48 PM ET), where recovery boats were waiting nearby to receive the crew.

It was a potentially dangerous situation because of the possibility of toxic propellant fumes from the spacecraft’s thrusters. Not to mention the boats could have gotten in the way of an emergency recovery operation.

During a press briefing after the splashdown, NASA Administrator Jim Bridenstine told Loren Grush that they were not anticipating all the boats to be there. “I will tell you it’s a beautiful sunny day, and a lot of boaters were out there and they were certainly intrigued,” he said. “I think all of America was very anxious to see the capsule land in the water. But yeah it’s something that we need to do better next time.”

Read More: NASA Astronauts who made history will return on August 2nd at SpaceX Crew Dragon

Steve Stich, manager of NASA’s Commercial Crew Program, said that the Coast Guard helped clear the area before the event, and the boats didn’t interfere with the actual splashdown itself, adding “we have some work to do with SpaceX, we will work together to do a better job for the next splashdown.”

The Coast Guard said that it had patrol boats in the area ahead of the splashdown, but that “numerous boaters ignored the Coast Guard crews’ requests and decided to encroach the area, putting themselves and those involved in the operation in potential danger.”

The agency said it is conducting a “comprehensive review” of the situation with NASA and SpaceX. According to the statement, the targeted splashdown area was “outside of the navigable waterways of the United States,” which it says in most instances is restricted to 12 nautical miles from shore. And while the Coast Guard has the legal authority to board vessels and enforce laws past the 12-mile rule, the statement reads, “it would have required a massive undertaking of resources to engage each boat that came into the area and suspend their voyage or otherwise escort them out.”